Find a Project to Update via Zapier

You can also see instructions on using ProcessKit as an "action" and as a "trigger".

Finding a Project to update

Many of the "actions" you can perform would need to happen on an existing project.  There are two ways a project can be accessed:

Using the "Find a Project" action

To find an existing project that already exists by the time this Zap runs, insert a "Find a Project" action in the Zap chain.

Enter the title of the project you want to search your ProcessKit account for.

Note:  The text you enter here must exactly match the title of the project you want to find.  Be careful not to include extra spaces or misspellings.  While it shouldn't be case sensitive, it's a good idea to match the case as well.

Create a Project if one wasn't found

Optionally — If the project title your "Find a Project" step searches for is not found, then you can have Zapier create a new project by that title.

To turn this behavior on, check the box for "Create a ProcessKit project if one doesn't exist yet?".  After checking that box, additional options will appear for you to configure the project creation. 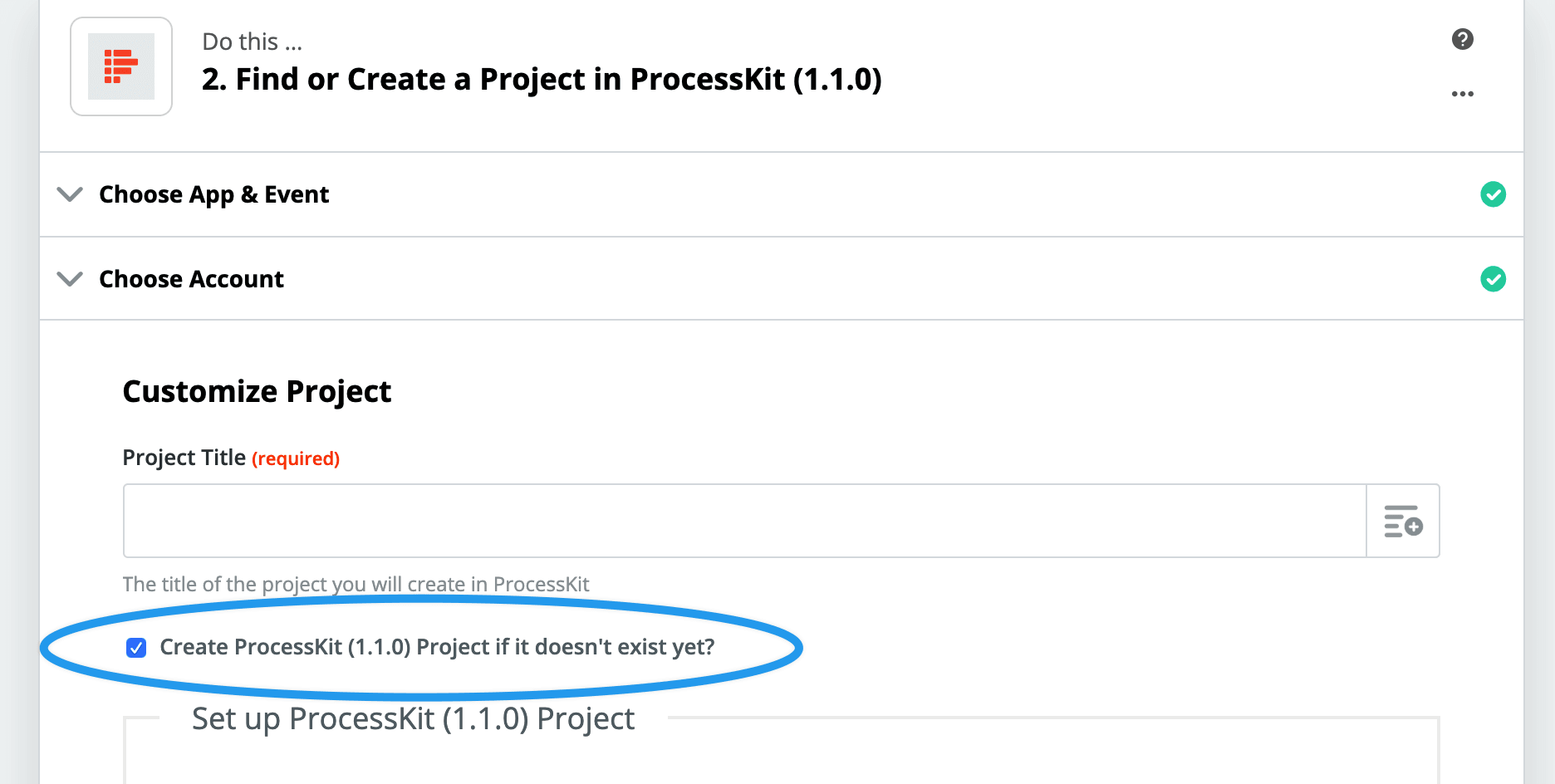 Once a project was either created or found in a previous step in your Zap, you'll want want access that project in subsequent steps so that you can do things to it (update its fields, create tasks on it, apply a tag to it, etc.).

Those subsequent actions will include a "Project ID" field.  You'll need to specify that the Zap should use the Project ID that comes as the output from a previous step.

For example, here is what the "Update a Project" action looks like when you select the Project ID that was output from a previous "Find a Project" step: 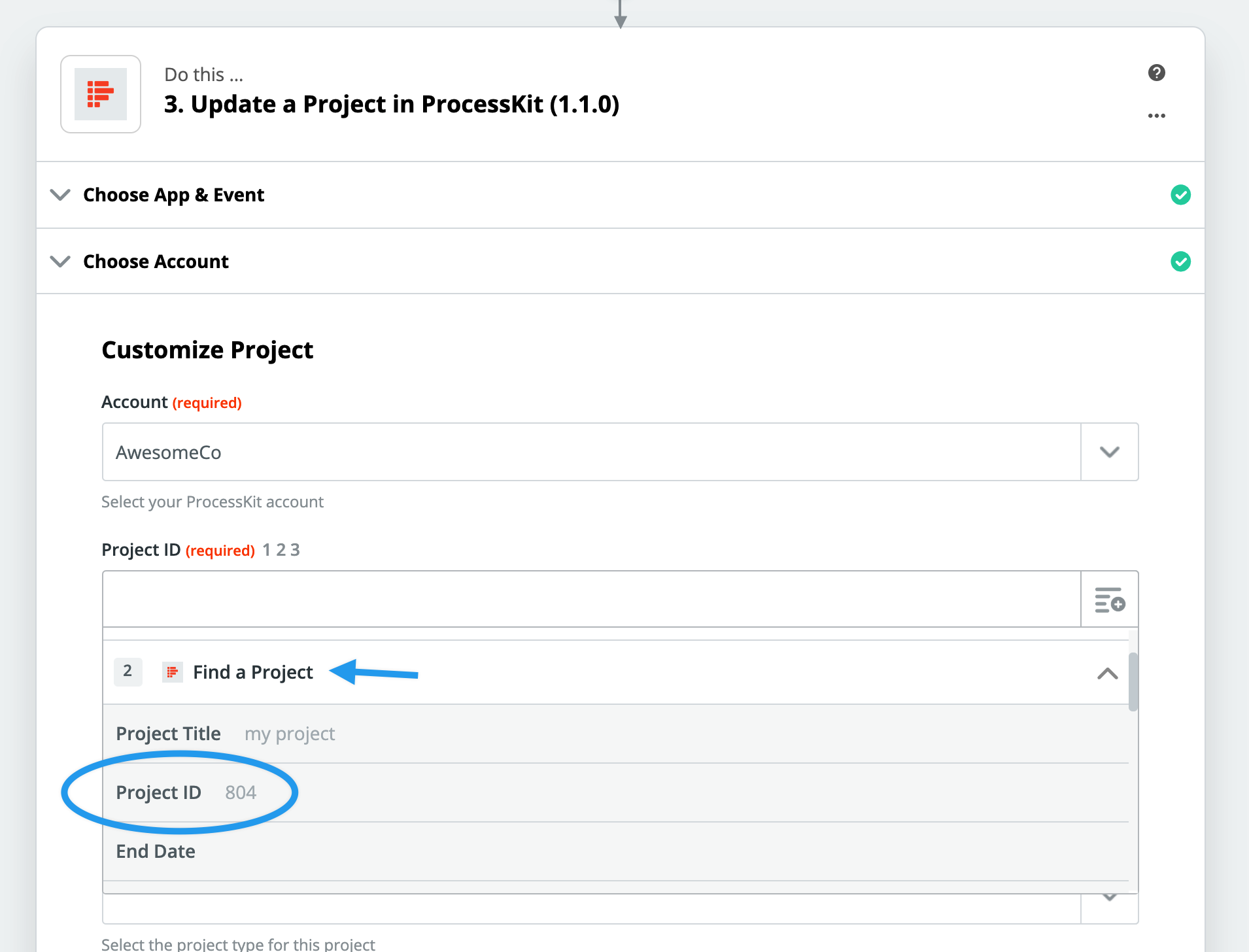 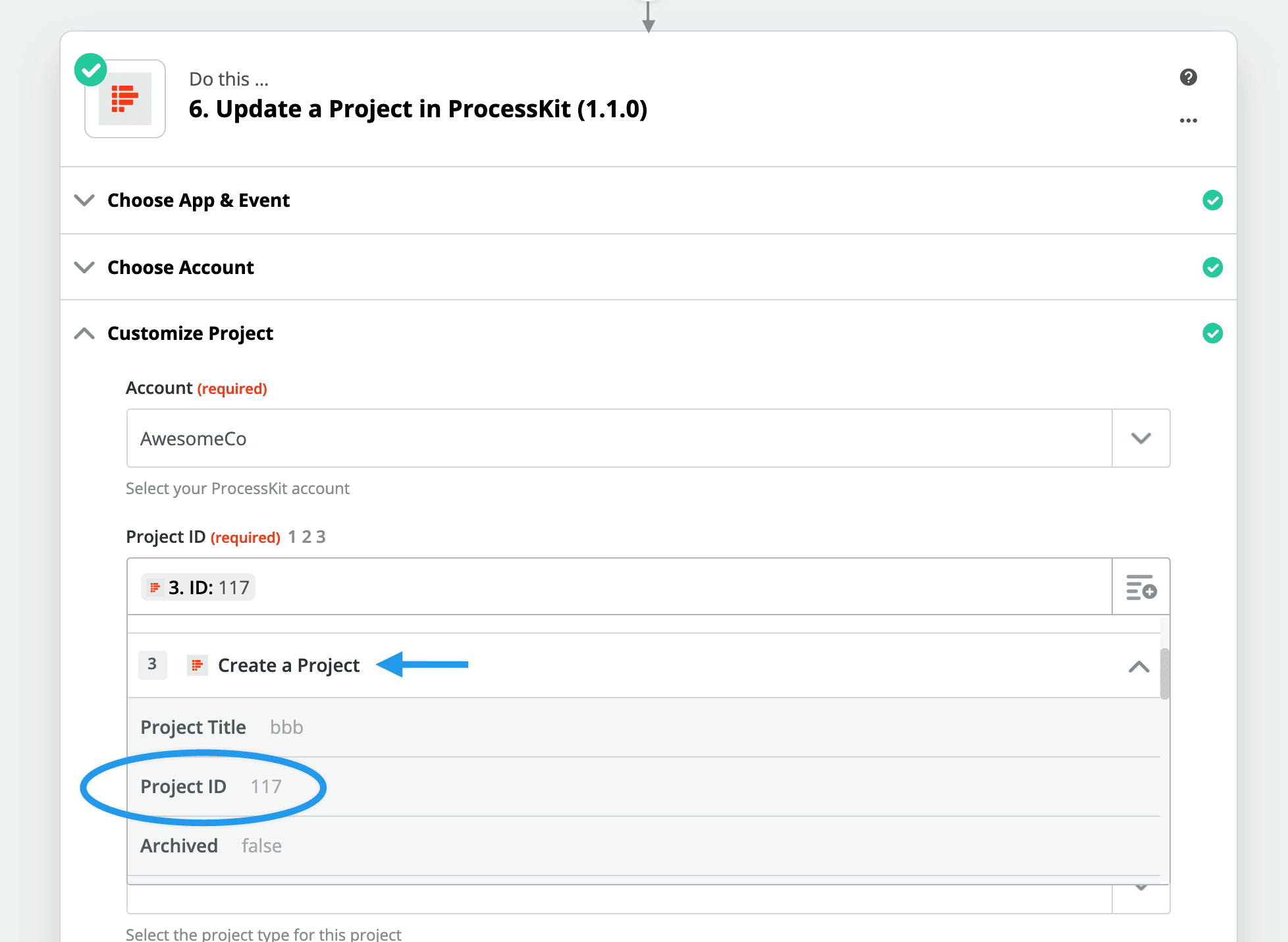 New to ProcessKit? Sign up for a free trial here
Did this answer your question? Thanks for the feedback There was a problem submitting your feedback. Please try again later.